Central to the Audi driver’s success was his careful management of Hankook tyres, making a single stop for fresh rubber and eking them out to the end as the whole field struggled with tyres that thrillingly toppled over the cliff-edge.

Marco Wittmann (GER, BMW) and Nico Müller (SUI, Audi) aped his strategy, finishing second and third to consolidate their championship chances. Wittmann, yesterday’s winner, sensationally charged through the field from last place on the grid after mechanical issues halted him in qualifying this morning.

Today’s result enabled Müller and Wittmann to eat into points leader René Rast’s advantage. Nevertheless, the German put in a spirited drive in the closing stages after fitting fresh rubber and ensure he dropped as few points to his rivals as possible.

Daniel Juncadella (ESP) crowned a strong performance for R-Motorsport Aston Martin with seventh place. The Spaniard was another to benefit from careful tyre management. In the closing stages, he mounted a challenge on local hero Robin Frijns (NED, Audi), but couldn’t quite make it stick. Both were also forced to submit to a charging René Rast just a few corners from the chequer.

After the first DTM event at the TT Circuit in Assen, René Rast remains in the lead of the drivers’ standings with 158 points – 22 ahead of fellow Audi driver Nico Müller. Saturday race winner Marco Wittmann has 118 points, Philipp Eng (AUT, BMW) si 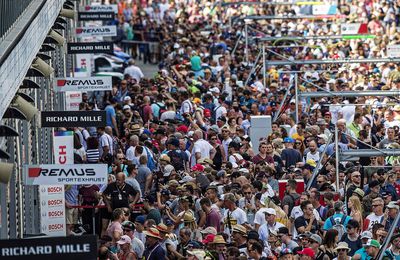